Polycystic ovarian syndrome (PCOS) and endometriosis are two completely different health conditions that affect women who are in their childbearing years. Reports state that 5-10% women may experience either one or both these conditions in their reproductive years! Dr Kshitiz Murdia, CEO and co-founder, Indira IVF, says, “Both endometriosis and PCOS need medical attention.

Endometriosis is abnormal cell development outside the uterus, while PCOS is brought on by a hormonal imbalance, thus impacting other body systems. People affected by these conditions range in age from 12 to 52. Both illnesses lead to issues with menstruation, which can result in severe or less bleeding. They may also make it more challenging to become pregnant.”

Though uncommon, a woman can also have both PCOS and endometriosis at the same time. “One of the most difficult aspects of these conditions is that they are confusing and usually take a long time to diagnose. Many women may go for years without identifying the source of their problem, resulting in feelings of confusion, frustration, and distress,” adds Dr Kshitiz. He helps us understand both these conditions better.

Endometriosis has no known cause. This condition causes tissue that’s similar to the lining of your uterus, to grow in the wrong places. “It can cause painful symptoms when it develops on the outside of your uterus, fallopian tubes, ovaries, intestine, or within your pelvic cavity. This pain is caused by increased inflammation, as well as fibrosis and adhesions,” says Dr Kshitiz.

If the symptoms are minor, most healthcare providers agree on the requirement of no further treatment, other than pain medication. “Oral contraceptives can be used to prevent ovulation and reduce menstrual flow. Endometriosis can be treated surgically using laparoscopy (also used to diagnose the condition). This is a minor surgical procedure that uses a laparoscope to remove endometrial growths,” explains Dr Kshitiz. Alternatively, laparotomy can be used to treat endometriosis; this is a more invasive procedure that removes as much of the displaced endometrium as possible while preserving healthy tissue. The uterus and possibly the ovaries are removed during a hysterectomy.

The symptoms of PCOS usually appear when the woman is in her late teens or early twenties. PCOS symptoms can range from mild to severe. Some women with PCOS have excess hair growth but normal periods and fertility. Mild unwanted hair is normal, and it can be difficult to determine when it becomes abnormal in women with mild PCOS. “Women with severe PCOS may experience excessive hair growth, infertility, and obesity. Symptoms can also change over time. In middle age, acne may become less of an issue, but hair growth may become more noticeable,” points out Dr Kshitiz.

PCOS is brought on by an imbalance of reproductive hormones. This imbalance in hormones may result in issues with one’s ovaries, such as irregular menstrual cycles and ability to conceive children. For PCOS, your doctor may recommend a combination of birth control pills, progestin therapy or other medication. Furthermore, losing weight may aid in the management of the condition. It may help in increasing one’s chances of ovulating, which helps with period problems and fertility, and may also help reduce hair growth and acne. In PCOS, there’s also the risk of developing long-term problems such as diabetes and high blood pressure.

Lifestyle Changes That Can Help

Dr Kshitiz says that while losing weight can be difficult, combine eating less and exercising more to help deal with the symptoms. “The best foods to eat for someone with PCOS are those that are slowly absorbed and keep blood sugar levels stable. Most fruits, vegetables, pulses, and wholegrain foods are both nutritious and low in calories,” he advises.

Although following a healthy lifestyle including eating a nutrient-dense diet can help with endometriosis and PCOS symptoms, having an overall sense of wellbeing can also help with these conditions. The sooner a person is diagnosed, the sooner they can begin treatment and alleviate their symptoms. “When living with endometriosis or PCOS, it is critical to have both medical and social support,” adds Dr Kshitiz.

Polycystic ovary syndrome (PCOS) is a disorder that doctors associate with an imbalance in female sex hormones. The imbalance can lead to a variety of symptoms and may affect a woman’s fertility.

Every month, in women of childbearing age, tiny fluid-filled cysts known as follicles, develop on the surface of the ovary. Female sex hormones, including oestrogen, cause one of the follicles to produce a mature egg. The ovary then releases this egg, and it breaks out of the follicle.

Experts do not know exactly what causes PCOS, but it may involve genetic factors. If a woman’s mother or sister has the condition, she has a higher chance than others of developing it.

Additionally, excess insulin in the body also increases a woman’s risk of developing PCOS. Insulin is a hormone produced by the pancreas, and it is used by the body to convert sugar present in food into energy. Notably, women with PCOS often have insulin resistance. Insulin resistance is the body’s inability to lower blood sugar levels correctly. Blood sugar levels can become too high, which causes more insulin production.

Too much insulin further increases testosterone production, which leads to some of the symptoms of PCOS.

Not everyone with PCOS will have the same signs or symptoms. Also, PCOS symptoms can occur at any age or time during a person’s reproductive years. Symptoms can also change over time. Some of the most common symptoms of PCOS include:

Dr Dakshayani Ravikumar, Clinical Director, Art Fertility Clinics, Chennai, says that the effects of PCOS on fertility can be different from person to person. 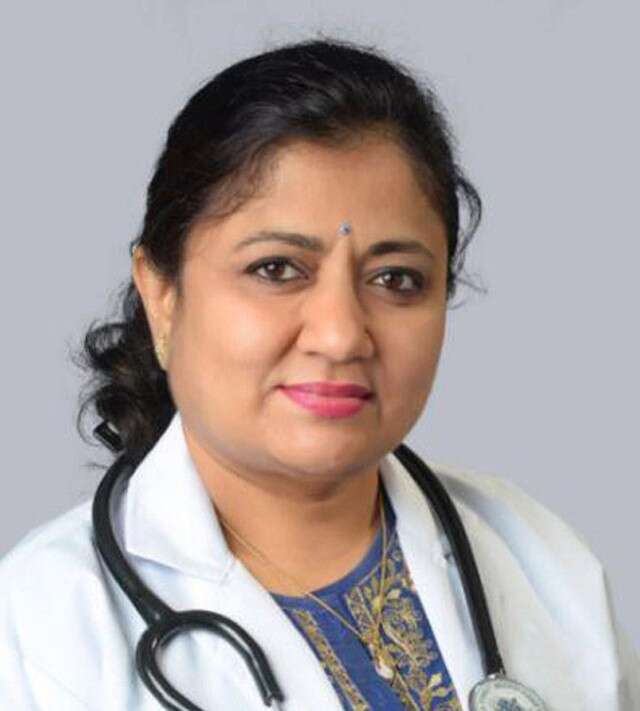 Other Complications Of PCOS

Infertility is often one of the main complications of PCOS, but it is not the only one. Dr Dakshayani lists the health conditions that women with PCOS are at a greater risk for than others:

When To See A Doctor?

“Anyone who is having difficulty becoming pregnant should speak to a doctor, who will be able to explain the various treatment options. Anyone who is concerned that they are unable to become pregnant or who has symptoms that may indicate PCOS, should see a doctor,” advises Dr Dakshayani.

Even if a woman does not wish to become pregnant, getting an early diagnosis of PCOS can help prevent complications. Assessment for PCOS can help target treatment and improve the chances of conceiving. “If a woman does become pregnant, it is also essential to know if PCOS is present, as studies have found a higher risk of pregnancy complications with PCOS, such as gestational diabetes, premature delivery, and high blood pressure,” adds Dr Dakshayani.

There is no specific test to diagnose PCOS; doctors make a diagnosis based on several factors. Tests may include a physical exam, knowing medical history, blood tests for hormone levels and glucose levels, and an ultrasound scan.

If a woman with PCOS wishes to become pregnant, the doctor may prescribe medications to regulate menstrual periods and encourage ovulation. “Surgery may be an option if medication does not improve fertility. One surgical procedure is laparoscopic ovarian drilling, in which the surgeon makes small cuts in the abdomen and inserts a needle in. Electric current is used to destroy a small amount of tissue that produces testosterone on the ovary. Decreasing testosterone levels may allow regular ovulation to occur,” explains Dr Dakshayani.

Below are some lifestyle tips that can help increase fertility.

Losing excess weight may help balance hormone production and increase the chances of ovulation and pregnancy. People with a low weight who have difficulty conceiving may want to see their doctor as well, as this may be another risk factor for infertility.

Long-term stress can affect hormones. For example, ongoing stress can increase cortisol in the body, which may trigger a rise in insulin production. High insulin levels can lead to an imbalance in female sex hormones and infertility. Finding healthful ways to manage stress may also boost fertility. Tips for managing stress include getting regular exercise, balancing work and home life, spending time with friends and family, and getting enough sleep.

For some people with PCOS, a low glycaemic diet may improve symptoms and fertility. This type of diet involves eating fewer foods that cause a spike in blood sugar levels, resulting in lower insulin levels and less testosterone production.

Other Factors That Affect Female Fertility

PCOS is only one of the many possible causes of female infertility. Some other common reasons include the following.

However, many women with fertility problems, including PCOS, can become pregnant with medical help. The first step to take to increase the chances of pregnancy is for an individual to see a doctor and get an accurate diagnosis. By doing this, they can start treatment as soon as possible.