Ted Bundy terrorized people as one of the most notorious serial killers of America in the 1970’s. With 30 identified victims and possibly hundreds more, you probably wouldn’t think of the man as anything but an animal. But what’s more intriguing is that he even got the chance to have a daughter while on death row, waiting for his execution.

Rose Bundy is the daughter and the only biological child of Ted Bundy, the infamous American serial killer of the 1970s. Convicted of assaulting and killing numerous women and children, Ted had been into multiple relationships but had married only once. Rose’s mother, Carole Ann Boone, and Ted were colleagues, but their romantic relationship began during Ted’s trials. How Rose was conceived is still a mystery, as theories suggest that it was next to impossible to consummate their marriage in jail. Carole and Ted eventually got divorced. Following this, she left to live a life away from public attention. Rose’s birth and her present life remain a mystery even to this day, years after Ted’s execution.

Ted and Carole Ann Boone, a twice-divorced mother, were colleagues at the ‘Washington State Emergency Management’ (or the ‘Washington State Department of Emergency Services’) in Olympia, Washington, in 1974. Carole, who was going through her second divorce back then, was immensely attracted to Ted, as mentioned in Hugh Aynesworth and Stephen G. Michaud’s book ‘The Only Living Witness.’ However, when Ted asked her out, Carole denied at first. Back then, theirs was a platonic friendship. She had no idea about Ted’s heinous acts.

Ted and Carole stayed connected via letters when he was imprisoned in Utah in 1977. That was when their relationship developed into a romantic one. According to ‘Rolling Stone,’ Carole even assisted Ted escape from the Colorado prison in December 1977.

Ted was arrested again, in 1978. During his 1980 trial in Florida, Ted and Rose got married in the courtroom, in front of a judge. Ted had already been sentenced to death by then. However, Carole always believed him to be innocent.

As shown in the ‘Netflix’ series ‘Conversations with a Killer: The Ted Bundy Tapes,’ Carole had conceived Rose while Ted was on death row. He had apparently impregnated Carole when she had come to visit him in the prison. The documentary showed Ted revealing that they had bribed guards to let Carole inside the cell to have sex on a few occasions. Carole added that the guards did walk in on them sometimes but never stopped them. Apart from managing the conjugal visits, Carole allegedly smuggled drugs and money to the jail for him.

Rose’s conception has always been a mystery. Some believe that Carole had smuggled a condom into the prison and that Ted had filled it with his genetic material and returned it to her through a kiss.

Carole traveled about 40 miles to be Ted’s character witness during his 1980 Orlando trial, while she was pregnant. Interestingly, the second anniversary of Ted’s brutal kidnapping and murder of 12-year-old Kimberly Leach marked his first wedding anniversary, too.

Rose Bundy, nicknamed “Rosa,” was born on October 24, 1982, just a couple of years after Ted was sentenced to death. Ted was also a father figure to his former girlfriend Elizabeth Kloepfer’s daughter, Tina. Elizabeth and Ted had dated for 7 years. He even had a cordial relationship with Jayme, Carole’s son from a previous relationship.

Carole always took Rose and Jayme along with her on her visits to prison. They even had a few family pictures taken in jail.

Despite Rose’s loyalty to Ted and her continuous denial his crimes, their perilous, unconventional, and deceptive marriage came to an end 3 years before his execution in 1989. Carole divorced Ted and moved to Florida for good, with Rose and Jayme. She reportedly never saw or spoke to Ted again.

In Florida, Carole lived a low-profile life. Hence, Rose’s current whereabouts are still a mystery. Some believe that she maintains a low profile purposefully because of her father’s criminal history. Some theories suggest that Carole has remarried, changed her name, and is living in Oklahoma as “Abigail Griffin,” though nothing has been confirmed.

In the 2008 reprint of ‘The Stranger Beside Me,’ author Ann Rule described Rose’s character as “kind” and “intelligent.” She even displayed sympathy for the family, saying that they had been through enough pain. Rule wrote that she had avoided digging into the lives of Carole and Rose to avoid breaching their privacy

Find out more about how this family came to be with these Rose Bundy facts.

The love story of Rose Bundy’s parents did not last long.

The media often portrayed the love story of Ted Bundy and Carole Boone as the love  beyond death penalties. Boone stood in court to stand witness in defense of Bundy, being a loyal, supportive wife, even getting pregnant with their daughter Rose in the process. However, their unconventional marriage ended 3 years before Bundy’s execution.

Upon their separation, Carole Boone left Florida, taking her son and daughter with her. Sadly, it’s said that they never spoke with or saw Ted Bundy ever again. This is one of those Rose Bundy facts that will make us realize that some things are just not meant to last forever.

Rose Bundy may have changed her name to Abigail Griffin.

While Bundy has understandably lied low for most of her life, the only thing certain is her age of 37 years old. However, the rest of her personal life remains a mystery. No one even knows what she does for a living these days. The lack of records even leads some to speculate that she may have had her name changed. Given the background of her family history, this only makes sense.

An American writer got her own statements about Rose Bundy.

Ann Rule was a former co-worker and friend of Rose’s father. Coincidentally, Ruele also works as an American author of true crime articles and books. Known for the book, The Stranger Beside Me, rule got to interview Rose about her father. In her book, she described Rose turned as an intelligent and kind woman. However, the author also says that she does not have an inkling as to where Rose and her mother might be.

Rule has also spoken against the media looking for Rose Bundy and her family.

While many reports, speculations, and theories still circulate regarding the whereabouts of the family of Rose Bundy, Rule has spoken against the media hounding them. According to her, they deserve privacy after the horrible publicity of being associated with a serial killer.

An anonymous post on the Life In The Row forum in 2016 once stated that Rose Bundy definitely uses Facebook. They also added that Carole Boone’s son, Jamey Boone, has a Facebook page linked to her mother’s Facebook profile.

Rose Bundy’s father got arrested because of an escaped victim.

Despite being a concluded case, many still debate over when Ted Bundy started his killing spree. Most agree that it began from 1974 onwards, when several women started going missing near Oregon and Seattle. In 1975, Bundy’s eventual arrest halted his killing spree after his escaped victim Carol DaRonch identified him in a police row. After this, Bundy got sentenced to many years behind bars, with multiple discovered cases piling up on him.

Boone and Bundy fell in love after reconnecting in a Utah prison in 1977. Upon starting their romance, Boone went to visit him in jail and exchanged letters with him regularly. According to the Rolling Stone, Boone may have helped Bundy escape the prison in Colorado and eventually flee to Florida.

The life of Rose Bundy’s family was a national event for many onlookers in the US.

Amidst the media coverage of Bundy’s crimes and trials, Boone and Bundy got married. Soon after, their daughter was born. Since then, the Bundy family fell under the scrutiny of the public eye.

There were no traces of criminality found on the brain of Rose Bundy’s father.

After the execution of Ted Bundy, authorities received a request to remove his brain for science, hoping to find any glaring abnormalities that may have caused such violent behavior. While brain injuries may cause some people to be extremely violent, none has been found on Bundy’s brain. 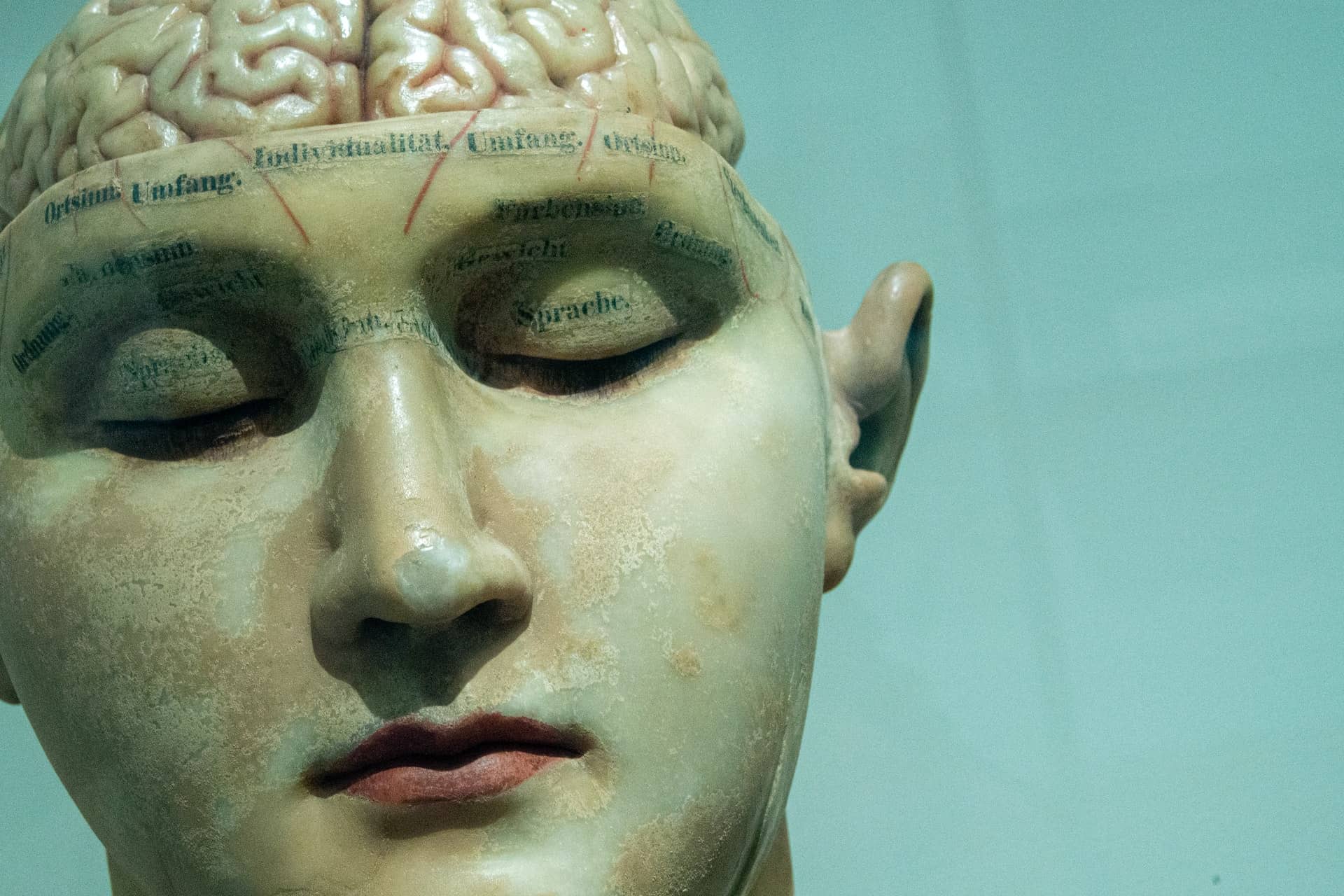 There are no actual reports of Rose Bundy’s whereabouts today.

After the death of her father via the electric chair in 1989, nothing has been reported about where Carole Boone and her kids are.