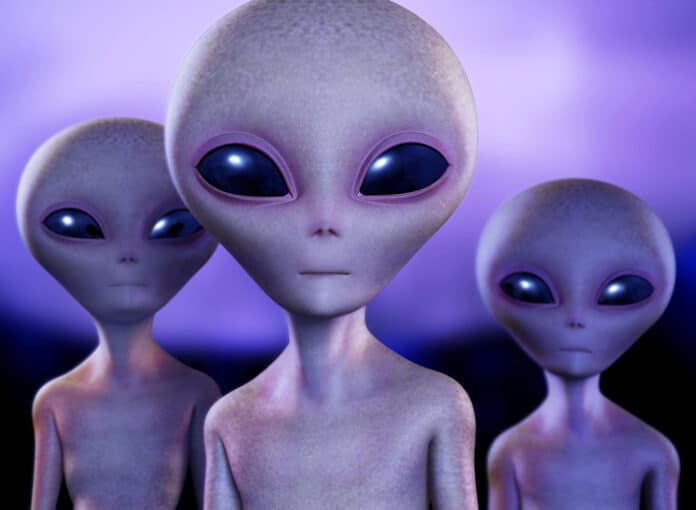 One of life’s greatest questions is: Are we alone in the universe? These alien facts will show the developments of extraterrestrial study, as well as the possible explanations for their non/existence.

Astrobiology is the official science and study of extraterrestrial life.

The NASA Astrobiology Institute was formally established in 1998 to develop astrobiology as a field and provide a scientific framework for flight missions.

There have been 96 recorded alien sightings throughout history.

There have been 96 counts of recorded UFO sightings, encounters, and other unexplained phenomena worldwide.

The earliest recorded UFO sighting was in 1440 B.C.

The first alien encounter ever recorded was an early UFO sighting in Ancient Egypt. The scribes of the Sixth Pharaoh Thutmose III described “fiery disks” hovering over the skies of Lower Egypt.

People believed in alien life as early as 610 B.C.

Anaximander of Ancient Greece first introduced the concept of cosmic pluralism – or the assumption that there are worlds other than the Earth that may have life.

The Fermi Paradox had people thinking.

Although early work such as the Epic of Gilgamesh explored extraterrestrial themes, a sizable part of the literary community classified it as fantasy for its lack of scientific basis. On the other hand, a good half of the community considers the works published within the Scientific Revolution to be the earliest forms of true science fiction.

Peter Sturrock conducted a survey about UFO sightings on members of the American Astronomical Society. Out of 2,611 questionnaires, the professor of space science and astrophysics at Stanford University received 1,356 responses. 4.6 percent of the respondents reported witnessing and/or recording strange aerial sightings.

Alien sightings have been reported in many nuclear power plants and military bases.

The link between UFO sightings and nuclear power plants was first observed at the peak of the Atomic Age in the mid-1940’s. Over 160 veterans have reported strange things in the skies around nuclear sites.

The first scientific attempt to communicate with aliens was in 1960.

Astronomer Frank Drake made the first attempt to contact hypothetical aliens. He used an 85-foot radio dish at the National Radio Astronomy Observatory in West Virginia to anticipate signals from two nearby sun-like stars. However, the effort was fruitless. Nonetheless, Drake went on to develop the Drake theory of the potential for extraterrestrial life.

There are 4 likely spots for alien life in the solar system.

Water and extreme temperatures are indicative of possible life in extremophiles. These proposed spots in the Milky Way are: underground habitats on Mars, hot spots on Saturn’s moon Enceladus, and lastly, Europa and Callisto (Jupiter’s moons whose icy crusts may have hidden oceans).

It’s likely that aliens exist, but a great barrier keeps us from reach.

The Great Filter theory proposes that there is something barring life from communicating with other alien species. This barrier known as the “Great Filter” is a force or event that stops our civilization from contacting aliens – or theirs from ours – depending on how you look at it.

Researchers from Oxford’s Future of Humanity Institute and the Astronomical Observatory of Belgrade proposed the  “aestivation hypothesis.” Just as bears and frogs hibernate, this theory proposes that aliens may just be in a deep slumber and will one day wake to make contact.

Aliens don’t exist, because they can only thrive in the rarest environments.

Chopra and Lineweaver’s “Gaian Bottleneck” hypothesis states that life needs rare, specific environmental conditions to develop. With this thought, they describe a lack in habitable planets as the answer to Fermi’s Paradox.

Pluto could have life.

In 2015, after nearly a decade in transit, New Horizons offered humanity its first close look at Pluto’s icy surface. Its findings were a possibility of oceans, lots of methane, and nitrogen. Water and methane are usually seen as indicators of life, but it remains to be seen in Pluto.

Scientists have sent aliens a mixtape.

In 1977, Two Voyager probes were launched with a 12-inch gold-plated record of whale calls, greetings in 55 languages, and a Bulgarian folk song.

Scientists have detected a “mystery roar” from space – no one knows what it is.

In 2006, a team of astronomers found a strange cosmic noise 6 times louder than the expected radio frequency from space.

We won’t see aliens until half of the Milky Way has been reached.

Solomonides states that the probability of finding life in space depends on how much of it we’ve actually discovered. With under 1% of the galaxy reached so far, we will have to explore half of the Milky Way galaxy before we hear anything.

According to Turnbull, stars must be at least 3 billion years old, have low mass, and have high levels of iron to support life.

Exoplanets are planets outside the solar system that revolve around a star, much like how our planets revolve around the sun. Exoplanets within the “habitable zone” have the right distance from their host star, providing the perfect conditions for emergence of life. The closest exoplanet discovered in the habitable zone is Promixa Centuri B.

The most alien sightings were recorded in the mid to late 19th century.

With almost 50 recorded phenomena, the 1950’s up to the mid 1970’s were the peak of extraterrestrial claims. This could be due to the surge of science fiction, but the claims made during this time are still being investigated to this day.

40 billion Earth-like planets could exist in the Milky Way.

Astronomers arrived at this number after detecting over 3,800 “exoplanets” in our proximity. Scaled up to the whole Galaxy, we could be talking about billions of these exoplanets.

Alien life can be proved by gases in the atmosphere.

“Biosignatures” are gasses that are signs of life. Methane is expelled by creatures on Earth but also produced by volcanoes. In the search for extraterrestrial life, astronomers look for methane combined with other gases like oxygen and ozone – which replicates the natural gases found in our atmosphere.

How many aliens would be there if they had the same population density as us?

In 1848, Thomas Dick, calculated the number of aliens living inside the Solar System. According to the Scottish church minister and science writer, the Solar System must contain 22 trillion inhabitants. He based his calculation on the population density of England (280 people per square mile).

Yuri Milner funded Breakthrough Starshot in 2016. The project aims to build a solar sail spacecraft that can reach the Proxima Centauri B. In order to reach the exoplanet in 20 years, the spacecraft must ride solar wind at 20% of the speed of light. It will take 4 more years to send the data back to Earth.

Area 51 in Hiko, Nevada recently saw a flood of tourists and internet personalities alike due to a viral event on Facebook. Claiming to free the aliens in Area 51, the event gained traction in 2019 due to memes. However, the military territory has actually been around for a long time. The vicinity has been turned into a tourist spot of sorts for extraterrestrial enthusiasts and believers of alien life.

The Miracle of the Sun, 1917: Ancient Angels at Fatima? The Possible Common Origins of Star Gods