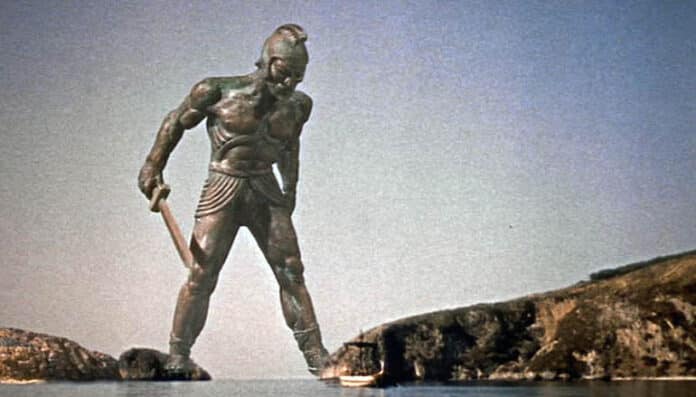 Believe it or not, but ideas of artificial intelligence and automata were alive and well over 2,000 years ago within Greek mythology. The myth of Talos (‘Τάλως’)—the first robot-like creature in mythology—is certainly a fascinating example. Its name is related to Zeus, as on the island of Crete, Zeus was also called Talios, and in the ancient Greek dialect Talos was the name of the Sun.

The giant robot Talos was brought to life in the 1963 mythological fantasy movie, Jason and the Argonauts. The 17 inch (43 cm) model of Talos was created by the animator and special effects artist Ray Harryhausen. (Oriel Malik / YouTube)

The Story of Talos, the Ancient Greek Automaton

According to Greek legends, Talos was not a human being but an automaton made by Zeus himself. Another version of the Greek myth attributes his creation to Hephaestus, the god of fire and iron. In other versions, Talos was the son of Cres and the god Hephaestus. Made by humans, rather than born of nature, the idea of Talos was first mentioned by Hesiod circa 700 BC.

Talos was the sun god of Crete and was supposedly constructed of bronze. A single vein, starting from his neck and running down to his ankles, carried his life-blood — liquid metal — and upon each ankle was bolted a nail to prevent the liquid metal from leaking out. Depictions of Talos on coins and within paintings vary, some portraying him with wings while others depict him without.

Talos was given to Minos, the king of Crete, by Zeus to protect Crete against any invader; however, according to the ancient Greek author Apollonius Rhodius, Talos was a gift from Zeus to Europe in order to protect her and her kids, whom she later gifted to king Minos.

Depiction of the giant Talos god armed with a stone on the obverse of a silver didrachm from Phaistos, Crete, dating to circa 300 to 270 BC. ( Public domain )

Talos and His Mission: Protecting Crete from its Enemies

Plato claimed that Talos protected Crete by travelling around the island three times a day. Taking into account that Crete is the biggest island in Greece, going around it three times a day would have been an enormous task, meaning that either Talos was a giant creature, or he had other means of transportation, such as flying, which may explain why he is sometimes depicted with wings.

Still depicting Talos confronting the crew of the Argo from 1963 film Jason and the Argonauts. (Oriel Malik / YouTube)

Talos protected Crete for many years until he was finally defeated by Jason and the Argonauts , not using weapon, of course, but by trickery. When Jason and the Argonauts approached Crete, Medea, the sorceress, occupied Talos by talking to him and using spells, persuading him to remove the nails from his ankles. Thus the liquid metal spilled out and Talos died.

Reality Within the Myth of Talos

History has shown us that some myths, such as the story of Troy, have developed from real events that were incomprehensible and, perhaps, unexplainable by those who witnessed them. One way for witnesses to pass on a record of such events was through the use of words and depictions that were consistent with their contemporary understanding of the world, knowledge and beliefs.

Could it be that the account of Talos was, in fact, based on reality? And if so, what exactly was Talos? Is it possible that Talos was actually a spacecraft, a mechanically created device or even an extraterrestrial? The descriptions are certainly consistent with some kind of mechanical flying device – made of bronze with flying wings, capable of circling a large land mass three times per day and with the ability to fire some kind of weapon at enemy ships.

What about the vein running down the length of its body carrying Talos’ life-blood? The myth claims that spilling this liquid caused Talos to die. Some have claimed that this was an ancient depiction of an extraterrestrial spacecraft which was powered by some form of liquid fuel. Meanwhile, the idea of a giant automaton able to grow exceptionally hot, throw rocks at ships and leak life-fluid, has been explained by others as alluding to Talos alluding to a volcanic eruption.

For now, the answers to these questions remain elusive. But whatever the answer, Talos remains a fascinating and mysterious story found within Greek mythology. The story of Talos is not the only myth which explore the idea of artificial intelligence and science fiction, as they also appear in stories of Medea, the craftsman Daedalus, Prometheus and Pandora. The idea of these robotic creatures was alive and well a long time before technology actually made them possible. As Adrienne Mayor stated, “myths reinforce the notion that imagination is the spirit that unites myth and science.”

For the last 70 years science fiction writers and Hollywood movie directors have explored the place of robots and artificial intelligence (AI) in the future of humankind. But automated technologies with greater than human intelligence were first conceptualized in the imaginations of people in ancient societies and were woven into their folkloric systems, according to a highly-original new book.

Titled Gods and Robots: Myths, Machines, and Ancient Dreams of Technology , the author, Dr Adrienne Mayor of Stanford University is, according to the university website, “an independent folklorist/historian of science investigating natural knowledge contained in pre-scientific myths and oral traditions.” In a nutshell, Dr Mayor can be described as “a force” of mythological and folkloric understanding and her previous works have been featured on NPR, BBC, History Channel, Smithsonian and National Geographic. Now, this new book offers readers comparisons between the legendary figures of ancient myths and the AI driven robots of today which are building tomorrow’s world.

From Timeworn Stories to Our Modern Zeitgeist

While the corridors of universities and academic institutions are teaming with thousands of professors skilled with powerful oratory abilities ‘in classic teaching environments,’ Dr Mayor has a quality that must be a thing of great envy with her peer group, that rare skill of “original storytelling” in written academic form. Not only does her book carefully analyze classic myths in an easy to digest way for the lay-reader, but all the way her methodology and observational stances adhere to the scientific method of investigation. However, where so many academic writers deliver dry base facts and figures with no context in the real world, Dr Mayor subtly prompts readers to project the archetypal messages in timeworn stories into our modern zeitgeist, as we build a new world with AI at the fore.

According to a report about the new book in The Daily Mail , Dr Mayor said “ancient people envisioned many of the technology trends we grapple with today including killer androids, driverless technology, GPS and AI-powered helper robots.” Illustrating her hypothesis, the creations of Hephaestus, the god of metalworking and an invention in Homer’s Iliad , were “predictions of the rise of humanoid robots.” An article about Mayor’s research in Greek Reporter said AI-powered helper robots and killer androids, according to Dr Mayor, “appear in tales about Jason and the Argonauts, Medea, Daedalus and Prometheus” and also the ‘bronze killer-robot’ Talos who guarded the island of Crete. Furthermore, the legendary Pandora, who Dr Mayor describes as a ‘wicked AI fembot’ like the ‘replicant’ in the blockbuster movie Blade Runner, had been programmed to ‘release eternal suffering upon humanity’ and “Though the Greeks did not know how technology would work, they could foreshadow its rise in society,” said Mayor.

Pandora trying to close the box that she had opened out of curiosity. ( Public Domain )

A book review on Science Mag , by Sarah Olson, softly criticized Dr Mayor saying “Despite her extensive knowledge of ancient mythology, Mayor does little to demonstrate an understanding of modern AI, neural networks, and machine learning; the chatbots are among only a handful of examples of modern technology she explores.” While Olson’s observation is valid, looking at it another way, isn’t this actually a veiled credit to the author? So often modern authors, especially scientific writers, speculate into complicated fields with their core understanding which dilutes the “heart” of their research. Contrary to this, it would appear Dr Mayor realized her speculations into future technologies including AI would only ever be ‘speculations’ and rather than opening herself up to the scathing reviews of silicone valley tech geeks, she loyally focused her research on her specialist subject, which is quite clearly classical mythology.

The Science Mag article also criticized Mayor for not having added “a few sentences to explain the difference between, say, machine learning and AI,” which the reviewer claims “makes it difficult for readers to identify the book’s intended audience.” Again, this is possibly another credit to the author. Here’s why. In our hyper-commercialized world seldom do authors write ‘honest’ books simply because they believe a story “needs to be written.” Because Dr Mayor’s book was not written for a defined audience it will be remembered as a brave scientific sentinel that will undoubtedly ‘find’ or ‘make’ its readership, organically, over time.

When you read this book, the ultimate takeaway is that the observations are un-skewed and non-sensationalized, neither are they dumbed down to fit into a publisher’s or predetermined audience. And when a book delivers more suggestions and questions than answers, like this one, it immediately becomes a refreshingly non-egotistical trip through classic mythology. What is more, the author has left sufficient space for readers to indulge in their “own” ideas and conclusions based on “their” understanding of technology. Thus, what has actually been published is more than a book, and the ‘work’ marks a new generation of “psychologically interactive” mythological learning. You finish the story Dr Mayor began.

A Future Dominated by Automated Technologies?

An article about Dr Mayor’s book on News said the author is “urging leading tech bosses to closely analyze the stories and characters of Greek mythology as we close in on a future dominated by automated technologies.” Gods and Robots  offers optimistic insights with cautionary twists while warning of the potential risks of uncontrolled future technologies, and it is clear that Dr Mayor believes herself that AI might one day deliver  the mythological worlds our ancient ancestors imagined and immortalized in their folk stories. 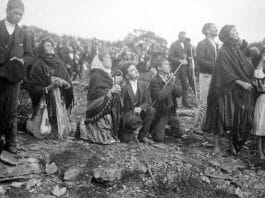 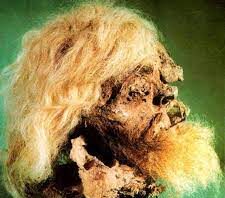 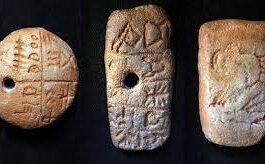 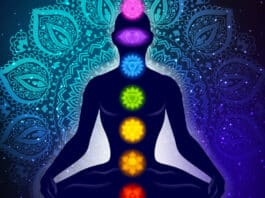 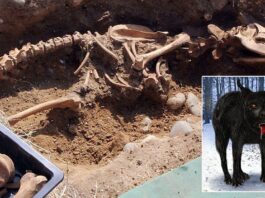 Ten Discoveries that Suggest there is Truth to Ancient Myths and... 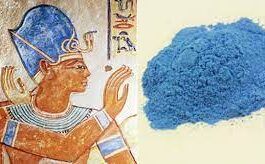