Mummies – History and All 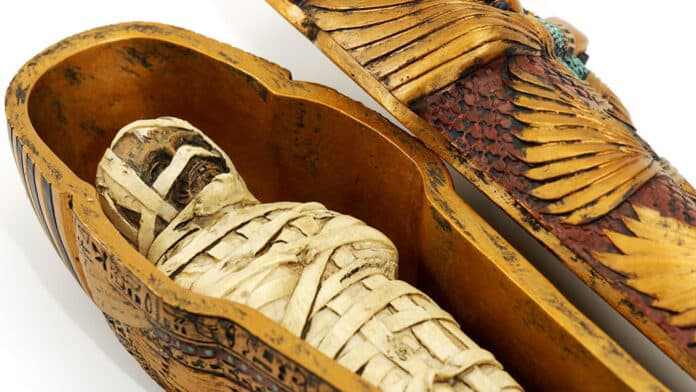 A mummy is a person or animal whose body has been dried or otherwise preserved after death. When people think of a mummy, they often envision the early Hollywood-era versions of human forms wrapped in layers upon layers of bandages, arms outstretched as they slowly shuffle forward. Mummies may not literally rise from their ancient tombs and attack, but they’re quite real and have a fascinating history.

The practice of preserving a body as a mummy is widespread across the globe and throughout time. Many civilizations—Incan, Australian aboriginal, Aztec, African, ancient European and others—have practiced some type of mummification for thousands of years to honor and preserve the bodies of the dead.

Mummification rituals varied by culture, and it’s thought some cultures mummified all their citizens. Others reserved the rite of passage for the wealthy or people of status. Since most bacteria can’t thrive in extreme temperatures, exposing a corpse to the sun, fire or freezing temperatures was an uncomplicated way to create a mummy.

Some mummies happened by accident. Take, for instance, the Accidental Mummies of Guanajuato, a collection of over 100 mummies found buried in above-ground crypts in Mexico. Those bodies weren’t mummified on purpose. It’s thought either extreme heat or the area’s rich geological stores of sulfur and other minerals spurred the mummification process.

Some Buddhist monks practiced self-mummification by spending years starving their bodies and only eating foods that promoted decay. Once their body fat was gone, they spent a few more years drinking a poisonous sap to cause vomiting to get rid of bodily fluids. The poison also made the body an unsavory future host for corpse-eating bugs.

When the time was right, the monks were buried alive to await death and mummification. Death came quickly, but self-mummification seldom worked.

The Origins of Mummification

The traditional view was that it began with the preservation of Old Kingdom royals about 2600 BCE and developed from the observation of bodies that had been naturally preserved in hot desert sands. New evidence shows that artificial mummification had its origins much earlier. The recent excavations of ‘working class’ burials at Hierakonpolis in Upper Egypt (dating to about 3500 BCE) show that a variety of complex burial practices existed at this time, including the ritual extraction of internal organs and wrapping of specific parts of the body.

No matter how a body was mummified, the end game was the preservation of as much skin tissue as possible—and the priests of ancient Egypt are considered the experts on the process. Egypt’s arid climate made it easy to dry out and mummify a corpse, but the Egyptians routinely used a more elaborate process to ensure the dead experienced safe passage to the afterlife.

The mummification process for royalty and the wealthy often included:

Ancient Egyptians of all walks of life mummified deceased family members, but the process wasn’t as elaborate for the poor. According to Egyptologist Salima Ikram, some corpses were simply filled with juniper oil to dissolve organs before burial.

The mummies of pharaohs were placed in ornate stone coffins called sarcophaguses. They were then buried in elaborate tombs filled with everything they’d need for the afterlife such as vehicles, tools, food, wine, perfume, and household items. Some pharaohs were even buried with pets and servants.

According to a 1927 abstract published in Proceedings of the Royal Society of Medicine, medicinal preparations made from powdered mummies were popular between the twelfth and seventeenth centuries. During that time, countless mummies were disentombed and burned to meet the demand for “mummy medicine.”

Perhaps the best-known mummy in modern history is King Tutankhamun, commonly known as King Tut. His tomb and mummified body were discovered in 1922 by British archaeologist Howard Carter. It was an exhilarating find yet destined to be overshadowed by several unexplained deaths.

According to folklore, disturbing a mummy’s tomb leads to death. This superstition didn’t rattle Carter, however, nor stop him from exhuming Tut’s tomb. Still, when several people involved in his expedition died early of unnatural causes, the story was sensationalized by the media—even though the so-called curse spared Carter’s life.

Mummies became more than religious symbols of the ancient world in the early 20th century with the debut of Bram Stoker’s novel, The Jewel of the Seven Stars, which featured them as supernatural villains. But it was Boris Karloff’s portrayal of a mummy in the 1932 movie, The Mummy, that made mummies mainstream monsters.

Later movies such as The Mummy’s Tomb and The Mummy’s Curse portrayed mummies as the heavily-bandaged, mute beings they’re known as today. Fictional mummies can’t feel pain and, like other horror monsters, are hard to kill. The most effective way to send them to a permanent demise is to set them on fire.

Despite being real—and creepy—mummies don’t have the same notoriety as zombies, werewolves and vampires. That may change as Hollywood releases new mummy movies with spine-chilling storylines and unnerving special effects.

1. The Practice Didn’t Start In Egypt

According to reports from Public Radio International, an ancient South American culture known as the Chinchorro were the first to mummify their deceased loved ones 2,000 years before Egyptians formed their own technique.

The Smithsonian Institute explains how a special priest would perform the ritual by reciting prayers throughout the process, starting by removing all of the internal organs. They saved those to either be placed in jars around the body or later, embalm and replace them back inside.

They would then use a type of salt called “natron” to remove all the moisture from the body. After making the deceased appear as lifelike as possible by filling in sunken areas with linen and adding fake eyes, they would begin wrapping them with hundreds of yards of linen. Resin was used between the layers of cloth to keep it secure.

3. They Left The Heart In Place

Despite removing every other organ, the Smithsonian Institute also revealed that ancient Egyptians would never remove the deceased’s heart as they believed it to be “center of a person’s being and intelligence.”

Archaeologists uncovered more than a few critters entombed beside human remain — millions of them, in fact. The History Channel claims that “researchers believe [they] produced more than 70 million animal mummies between 800 BC and 400 AD.”

This included cats, birds, cows, frogs, baboons, and countless other creatures who were either personal pets of the deceased or intended as offering or protection for them in the afterlife.

5. They Only Weighed A Few Pounds

When unwrapped, a typical mummy would weight just about five pounds, according to Egypt

In fact, the British Museum explains how there was a whole ritual known as an “opening of the mouth ceremony.” This required a special tool and was done so the deceased could eat, drink, breathe, and speak in the afterlife, per their beliefs.

7. Mummification Was A Lucrative Business

The highly skilled Egyptian embalmers were paid well for their careful work. According to reports from NPR, they even formed trade unions to protect their personal techniques.

8. Remains Were Used In Medicine In The Middle Ages

The Smithsonian Magazine revealed the troubling special ingredient many medieval Europeans believed helped cure whatever might ail them: mummy flesh.

Grave robbers would travel back from Egypt with remains and sell them to everyone from royals to regular civilians for a pretty penny. Essentially, they were treating any ache or pain by cannibalizing ancient humans.

Known as “mummy unrollings,” Atlas Obscura explains how folks would gather in the 1800s at the height of “Egyptomania” to watch as their host would slowly reveal a mummy underneath the layers of ancient linen.

The Zapotecs of Monte Alban – The First Civilization in Western Mexico?